A BIG LIFE LESSON I LEARNED FROM BOB WOODWARD

IT ALL STARTED WITH WATERGATE

In the summer of 1973, all eyes were riveted on televised coverage of the Senate Watergate hearings. The break-in, which occurred in June of 1972, went largely unnoticed at the time. But soon, thanks to investigative work by Washington Post reporters BOB WOODWARD and Carl Bernstein, troubling details began to emerge. A year later, those hearings were carried live on daytime television, pre-empting regular programming in an era when there were only three television networks – not the TV and streaming landscape of today. This was a very big deal.

I was 23 at the time and would watch TV and also listen on a transistor radio while I was running errands and doing chores outside. Listening to witness after witness testify about the break-in was confounding. How could anyone make sense of the conflicting stories! “What did you know and when did you know it,” was the hallmark question Sen. Sam Ervin wanted to understand from each testimony.

It wasn’t until Alexander Butterfield, the deputy assistant to the president, confirmed a rumor that the president installed a recording system at the White House, that more accurate information started to emerge. The Nixon tapes, as they came to be called, were subpoenaed and led to a more complete story about what happened and the president’s role in it.

But back to the beginning: on Saturday, June 17, 1972. Bob Woodward was a fledgling reporter who was given the assignment by his editor to cover what was thought to be a mundane event – a break-in that day at the Watergate Hotel. Turns out it was the Democratic National Headquarters that was broken into and the burglars were caught red-handed in the office.

Working to get to the bottom of the Watergate story made Woodward and Bernstein unlikely household names. Woodward has gone on to become arguably America’s preeminent investigative journalist – winner of numerous honors including two Pulitzers, and author of 21 books, 15 of which have gone on to become #1 bestsellers. He is the most successful non-fiction author of all time.

As I watched the Watergate hearings in 1973, my 23-year-old self could never have imagined that I would develop a 30-year relationship with Bob Woodward working on his speaking arrangements. With the privilege of that role came a chance to learn how a master of investigative journalism practices his craft. 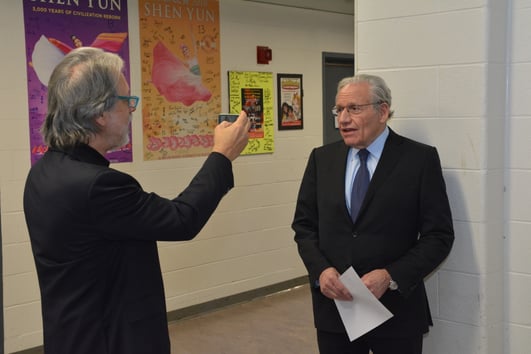 Bob Woodward showed me that the work of world-class investigative journalism is painstaking and meticulous. You have to be indefatigable – following up leads, reaching dead-ends, circling back to sources for clarification, late-night meetings in deserted DC parking garages, and then working to connect bits and pieces of information to understand what people knew and when they knew it. The goal of investigative reporting is, as Woodward has said many times, to get to “the best obtainable version of the truth.” That’s made difficult because, “Everyone has their own version of the truth, but there are facts.” Now that’s a life lesson if I ever heard one! Straight out of Bob Woodward’s MasterClass course on investigative journalism.

Suffice it to say, investigative journalism doesn’t work on a deadline. When Katherine Graham, the publisher of The Washington Post, invited Woodward and Bernstein to her office for an update on their investigation, she asked, “When will we know the truth about Watergate?” “Maybe never,” Woodward said, at which point Graham got steely-eyed and said, “Never! Don’t tell me never!” He and Carl left that encounter with the boss “highly motivated,” as Woodward characterizes it.

SUPPLEMENTAL READING: CHASING THE ELUSIVE TRUTH – BOB WOODWARD AND THE CHALLENGE OF JOURNALISM and BOB WOODWARD'S MASTERCLASS: HOW TO BE AN INVESTIGATIVE JOURNALIST

The anecdote highlights perhaps the most important life lesson I’ve learned from my work with Bob Woodward: The story is always unfolding. It is never complete. Embracing that idea has fundamentally changed how I look at news and engage with the world because what’s true in journalism is true in our business and personal lives, too. The facts never show up in a nice, neat little package – they’re uncovered in completely random order.

In essence, we are all reporters, looking to uncover the best possible version of the truth about situations that require our actions and decisions. Keeping in mind the idea that stories unfold, I've learned to throttle back on the impulse to rush to judgment in critical situations. And while it's not always easy - I struggle with it sometimes - it's a good and important thing to do. It's the counterbalance to the speed-obsessed internet-driven world we live in. There’s always more than meets the eye, I remind myself frequently. The first impression of what’s going on is not necessarily the truth that emerges. You’ve undoubtedly encountered situations where what you initially thought was going on wasn’t the case at all.

Hand-in-hand with the idea that stories unfold is the fact that recollection is imperfect. When Bob Woodward says, "Everyone has their own version of the truth...," he doesn't mean people necessarily intend to deceive. It's just that memory can't be trusted completely - mine included. Factor it into the decision-making equation.

While interviewing George W. Bush for one of his books, Woodward asked the President how history will view the decision to invade Iraq. “History!” the President exclaimed, “Who knows, we’ll all be dead!” The story is always unfolding.

A few years ago I sat in on Woodward’s journalism class at Yale. He had published a very important interview the week before. The class exercise was to pick his interview apart. In a roundtable setting, he asked his students – did he ask the right questions? Was he too hard – not hard enough? What would they have asked? 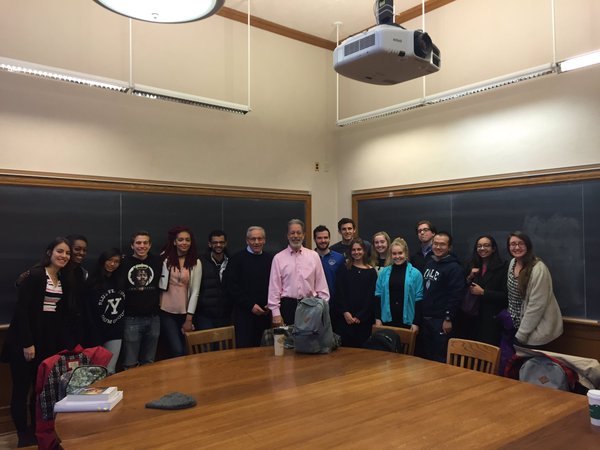 Even for the man who is arguably considered the most important investigative journalist of our time – maybe ever - there’s always something more to learn. That would be another great takeaway from my time working with Bob Woodward. You can always get better at your craft.

Bob Woodward is a national treasure and an extraordinary speaker with so much to offer audiences. It’s a privilege to work with him to get his insights in front of audiences everywhere.